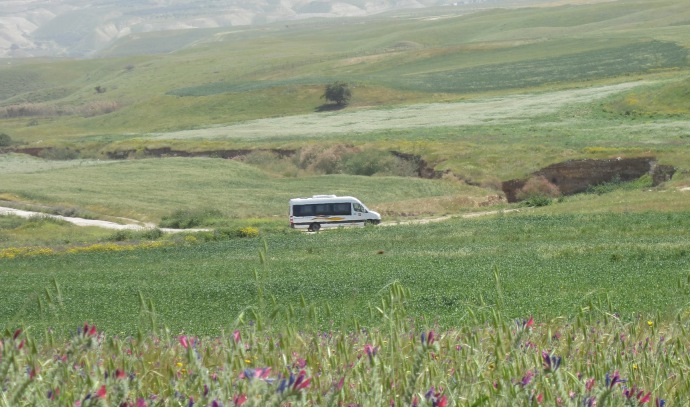 Your Tourguide in Israel 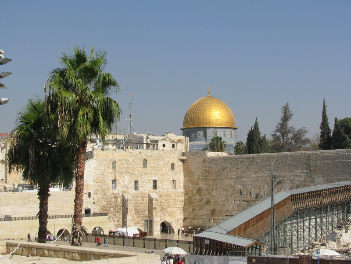 Jerusalem - is the israeli jewish spiritual and religious center since 3000 years. Now as the Capital of
Israel it hosts the "Knesset" Israel's parliament, the "Israel Museum", "Yad Vashem" - the Holocaust Museum- and many more israeli major institutes. Christian sights like the "Holy Sepulcher" and moslem sights like the "Dome of the Rock" are of the world's most famous ones. All religions freely worship God in todays Jerusalem. Walking in the "Old City's" allies in which so many Religions are represented is unforgettable. The 150 years old new city has over 150 city sections, each with its own characteristics. The western entrance to the city is dominated by the "Chords Bridge" one of the most beautiful bridges in the world created by the Spanish famous architect Santiago Calatrava. 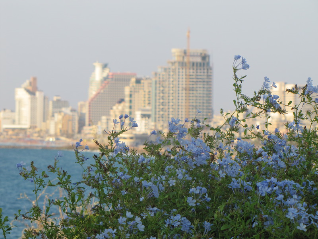 Tel Aviv - the 24/7 city has a beautiful beach along with a promenade connecting it with Jaffa and it's old city. Famous with it's openness and good food it is inviting the young and young at heart to enjoy it's endless options for fun. "UNESCO" has declared it a "World Heritage" for it's housands of "Bauhaus" buildings and named it "The White City". Tel Aviv  characterizes the modern western Israeli way of life not to be found so far anywhere else in the region. Art and historical Museums, the modern center for the "arts of the stage", "Habima" (national theater), the " Mann Hall" with the "Israeli Philharmonic Orchestra",  the"Rabin's Square", markets ("Hacarmel") and the "Nachlat - Benyamin" art market as well as so many air-conditioned shopping malls are just some examples of the bustling life of Tel - Aviv. Famous for it's great food and openness it is also world known being Gay friendly as the Gay flags fly all over the city at their yearly huge parade. This openness is there for you 24 hours a day 364 days in a year.

The city of Tel-Aviv Jaffa makes a unique combination already mentioned in it's name. The old city of Jaffa saw in it's thousands years of existents better  times as well as disasters. The first ever recorded war tells a story so fantastic it is doubted by many historians. Jonas landed here brought to shore by a wale. The church dominating it's sky line is called after Sait Peter who revived Tabitha the girl being already dead for three days. The Greek mythology tells about Perseus who saved Andromeda from being slain  by a sea monster.

Why are there sculptures of Napoleon Bonaparte all over the place? Why was that city left in ruins for about 500 years? these questions and others will be answered by Michael Saar your tour guide who will tell you as well she story of the modern part named Tel Aviv.